Last year, How Weird showcased the inspiring Art of Peace project. The Art of Peace transforms tools of violence into beautiful sculptures. The Art of Peace is a project of the nonprofit Robby Poblete Foundation, whose mission is not only to reduce gun violence, but to create hope and opportunity through its art and vocational programs. Pati Navalta, the Founder and Executive Director, explains: “We are taking weapons that are intended for destruction and transforming them into messages of peace.”

The Robby Poblete Foundation’s Art of Peace Program repurposes dismantled firearms by putting them into the hands of artists and metalworkers who transform the materials into original works of art.

The foundation was created in honor of Robby Poblete, who was killed by gun violence in Vallejo in September 2014. There have been three Art of Peace programs in the Bay Area. The first was in Vallejo, which was unveiled in May 2018, followed by Alameda County and San Francisco County. Some of the art from the San Francisco program was unveiled for the first time at How Weird 2019, located next to the Info Booth at the center of the faire.

The nonprofit that produces the How Weird Street Faire, the World Peace Through Technology Organization, commissioned a special Art of Peace dove, that was shown for the first time at the center of How Weird 2019. The work was being done by local artists Labor and Love Designs.

A mixed media sculpture by Natasha and Shameel Ali of Labor and Love Designs, made from dismantled firearm components, rifle/shotgun stocks and barrels, shell casings, sheet metal and steel, fiberglass, acrylic, enamel paints, and LED lights. The wings, tail feathers, and head are handcrafted from 14 rifle and shotgun woodstocks. And the body is built from 5 rifle and shotgun steel barrels. Throughout the piece are 44 9mm and 4 twelve gauge shell casings. The underside of the wings reveal a soft emanating light. All firearms were sourced from local gun buybacks held by the Robby Poblete Foundation for the Art of Peace, and evidence labs from crimes.

Labor and Love Designs explains the meaning behind the artwork, “We had the pleasure of working with the World Peace Through Technology Organization to bring their logo, a peace dove, to life. The dove is a mixed media sculpture designed to represent the ultimate transformation of deadly firearms into an age old symbolic gesture of peace. The dove truly captures the essence of what transformation is all about. Transformation from darkness to light, from evil to peace, from guns to a creature taking flight.”

Obtainium Works will also be showcasing some of their Art of Peace works in progress, including a Phoenix for the Robby Poblete Foundation. Obtainium Works happens to be the secret home of the Vallejo Mad Hatter Holiday Festival, and the home of streampunk culture in the Bay Area. They will be in costume, with some of their contraptions, around the center of the faire.

Here are pictures of the WPTTO dove at How Weird 2019… 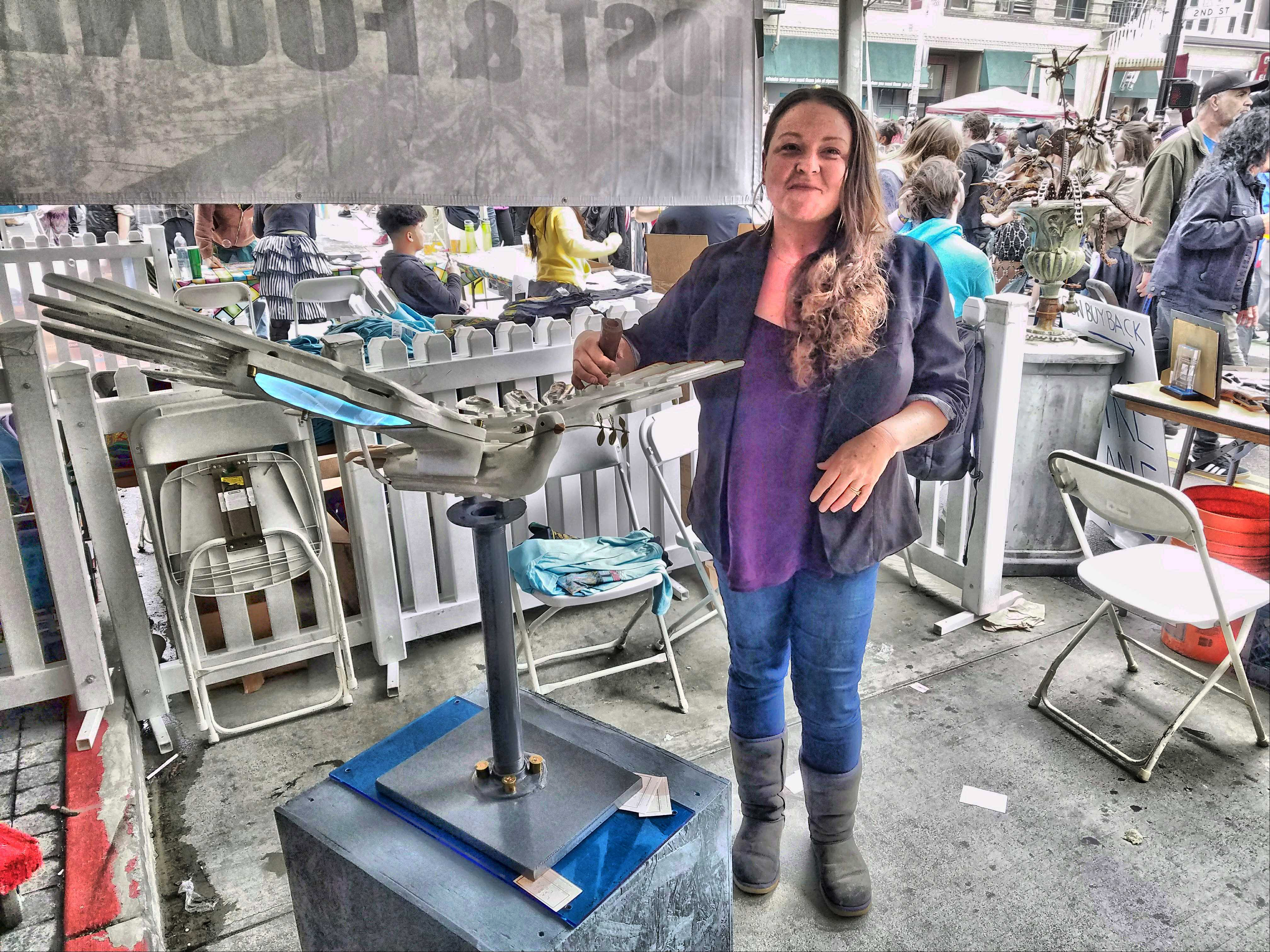 Seen with Natasha, one of the artists who created the dove. 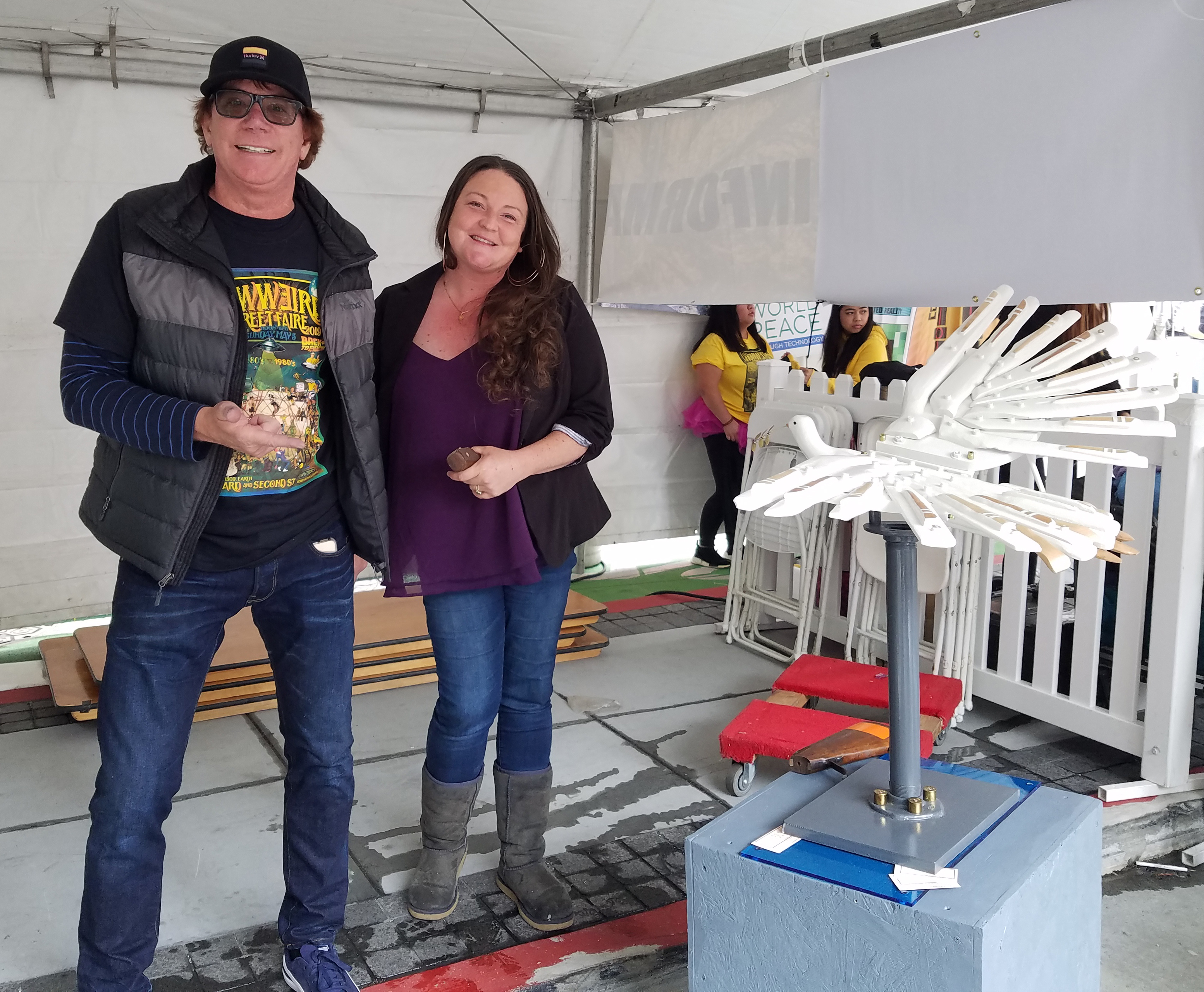 Seen with Natasha and How Weird Producer Michael.

Here are some pictures of the WPTTO dove artwork in progress… 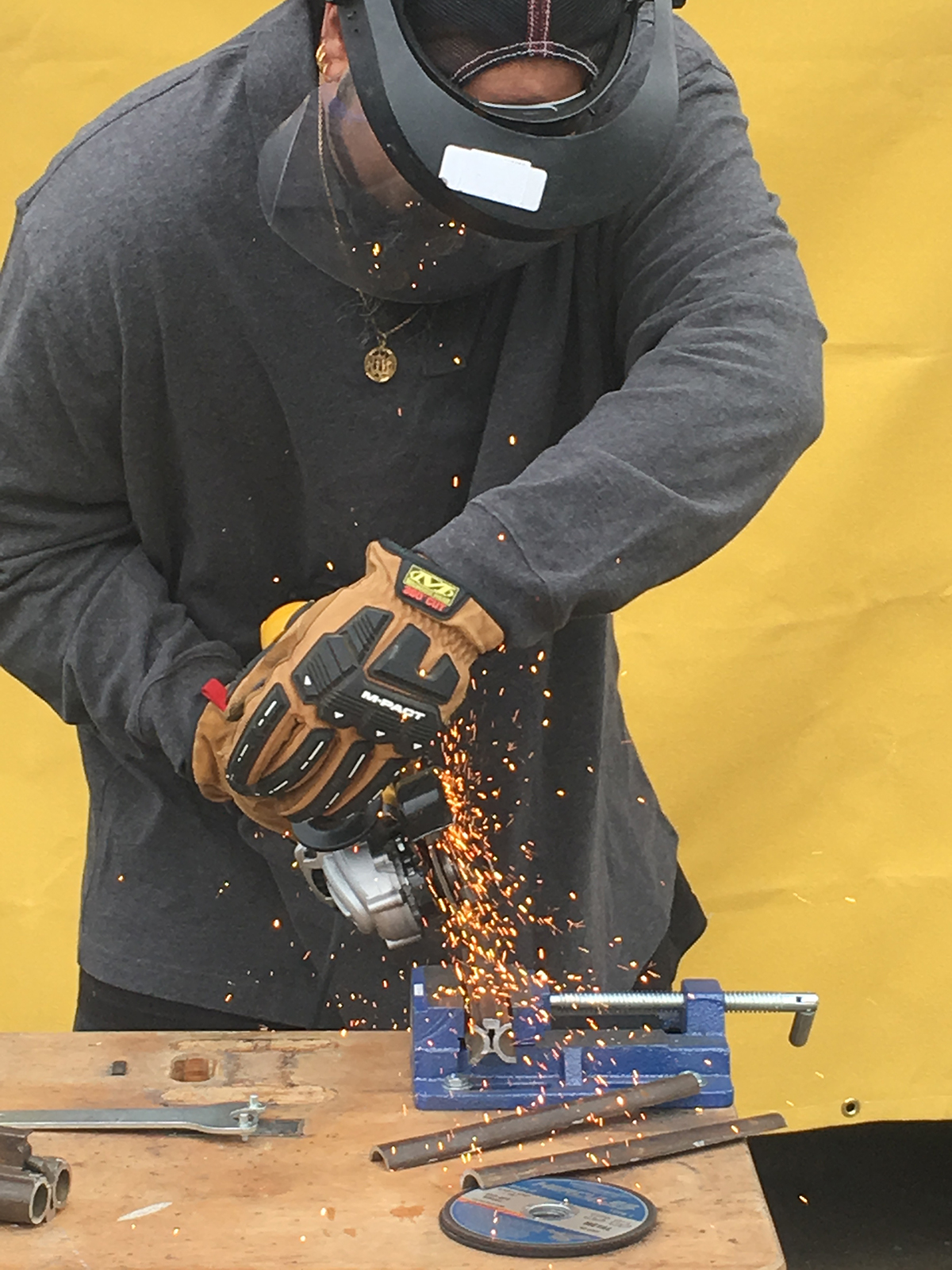 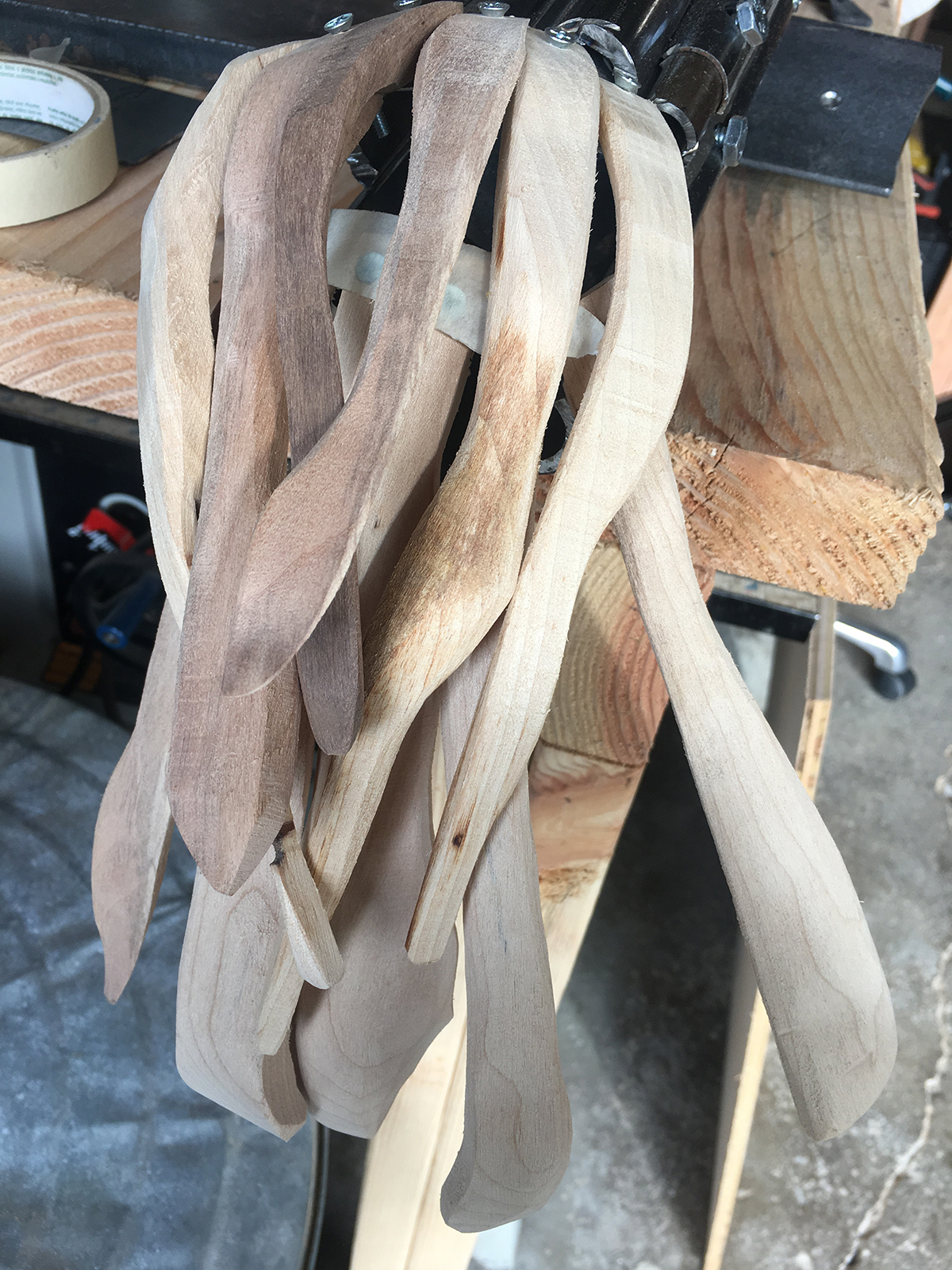 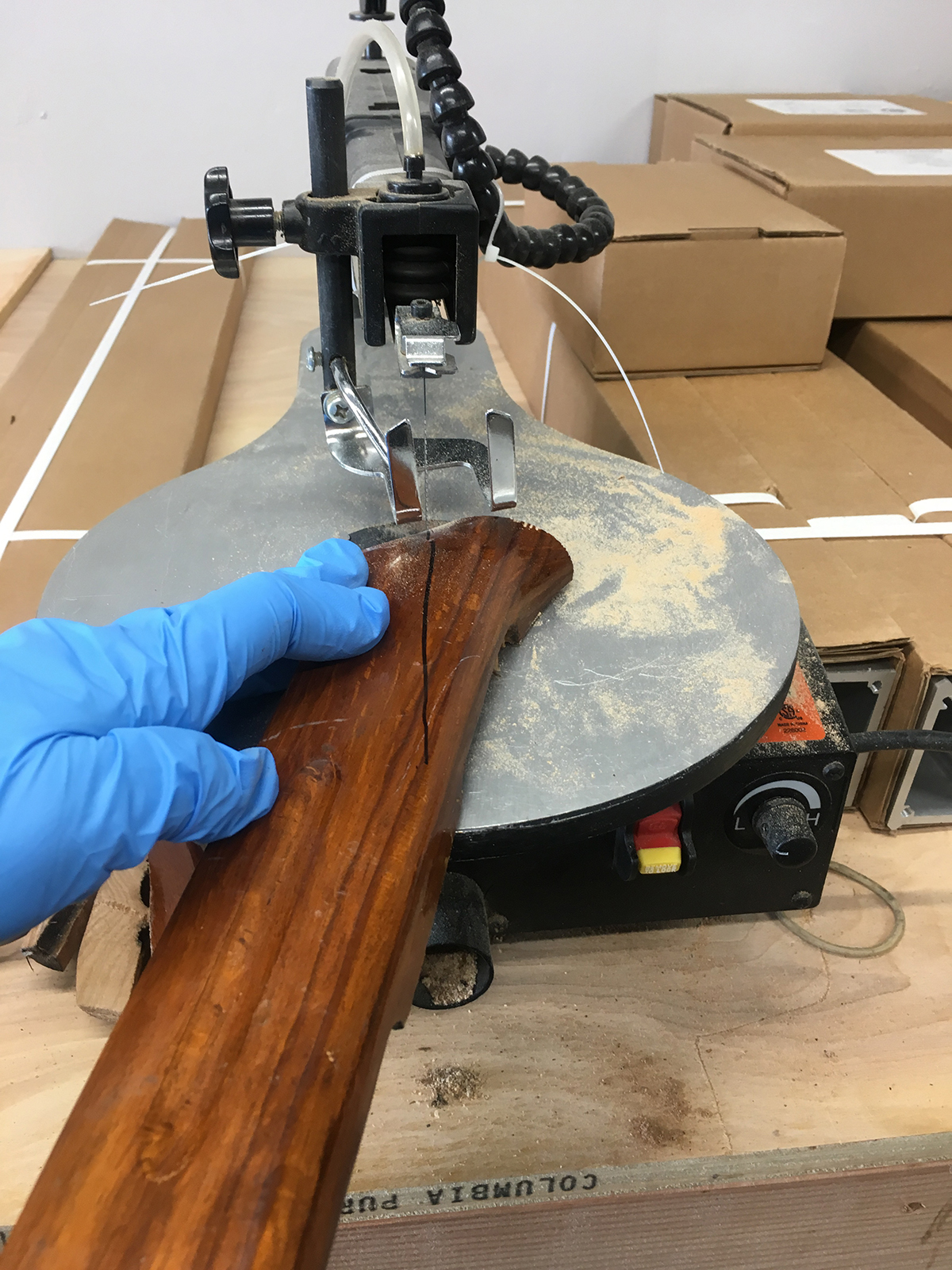 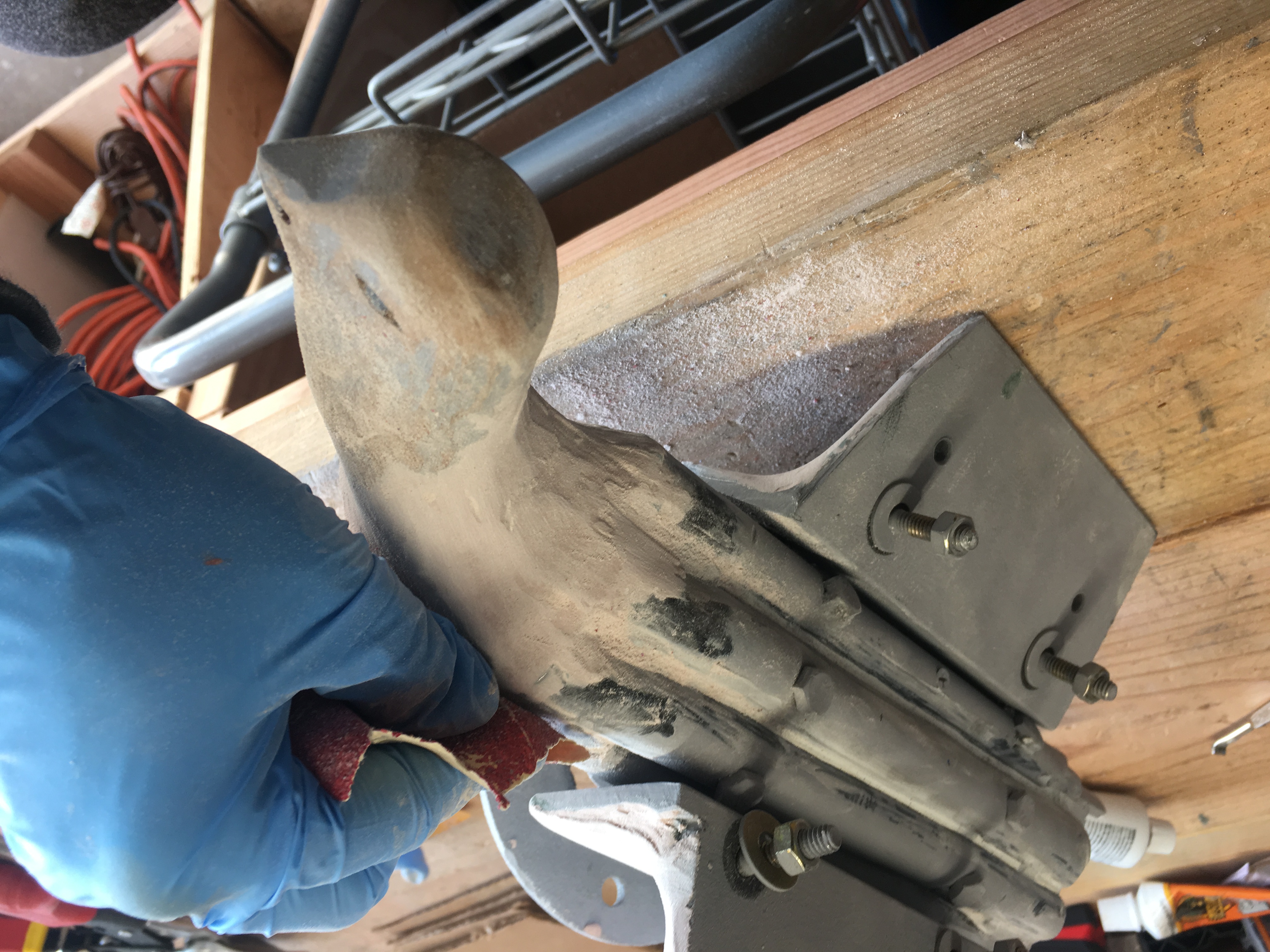 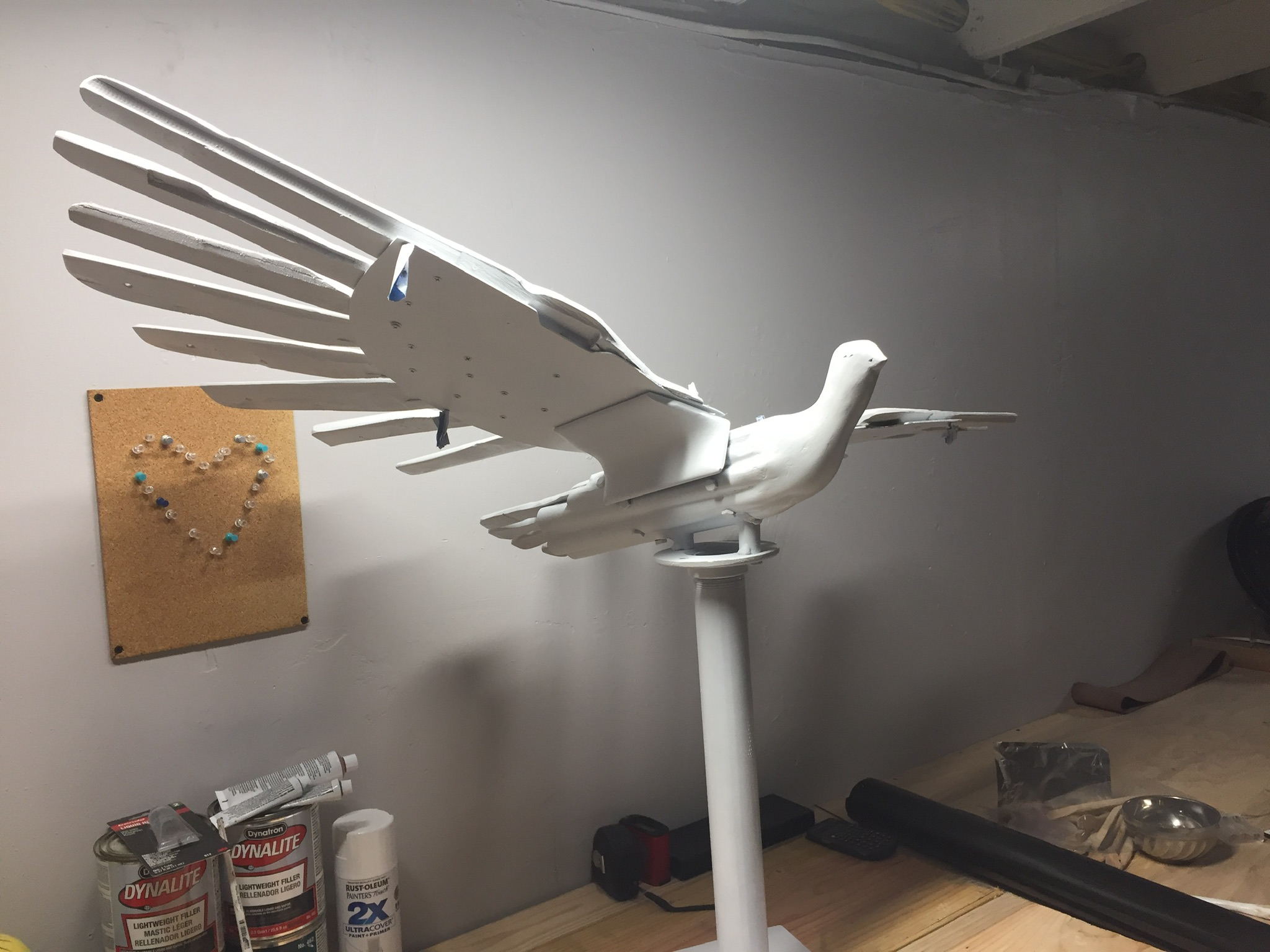